God Does Indeed Have Plans For Us!

The good news is that God does indeed have plans for us through our faith in Jesus!


Ultimately we must be patient and trusting as little children, following the lead of our Father. Many times we think we know what we should do or where we should go, but many times our plans are thwarted or we are sent in a different direction than we originally chose. One of my favorite Bible verses is Romans 8:28: "And we know that for those who love God all things work together for good, for those who are called according to his purpose." The Apostle Paul wrote these words to the Christians in Rome as encouragement to continue on doing God's work even in the face of adversity. We all have faced adversity, if we are at all living in this world, but we should not be discouraged by this, but use it to build our faith and put our trust and hope in Him.

As a team of like-minded followers of Christ, we have each encountered trials that have challenged our faith and perseverance, but it is in these challenges that we can many times, through trusting Him, be able to come out the other side and get a glimpse of His plans for our lives. We continue on in this new year with a renewed hope that God will lead us. I believe that it is God working in our lives as we are called according to his purpose. This contemplation leads me to why I even feel led to share with you today....

As I am sitting here working on a much needed revision to Team Bad Frog's website, I took a moment to glance back at older blog posts. I don't believe it is coincidence that I am at this moment encouraged by a saint, fellow Bad Frog and  beloved friend, Lucinda Shenkman, who is no longer with us but in God's glory. Feeling led by God, so that you may be encouraged, I would like to share again.  Lucinda, we miss you and love you and are still encouraged and ministered to through you.  Please take a moment to enjoy a message I received from Lucinda Shenkman via email and originally posted on 03/09/09:

Once Upon A Time...Once upon a time there was a bunch of tiny frogs.... who arranged a running competition. The goal was to reach the top of a very high tower. A big crowd had gathered around the tower to see the race and cheer on the contestants.... The race began.... Honestly: No one in the crowd really believed that the tiny frogs would reach the top of the tower. You heard statements such as: "Oh, WAY too difficult!!" "They will NEVER make it to the top." :D or: "Not a chance that they will succeed. The tower is too high!" The tiny frogs began collapsing. One by one.... Except for those, who in a fresh tempo, were climbing higher and higher.. The crowd continued to yell, "It is too difficult!!! No one will make it!"

THEN all of the other tiny frogs naturally wanted to know how this one frog managed to do it? A contestant asked the tiny frog how he had found the strength to succeed and reach the goal? It turned out.... That the winner was DEAF!!!! The wisdom of this story is: Never listen to other people's tendencies to be negative or pessimistic....because they take your most wonderful dreams and wishes away from you -- the ones you have in your heart! Always think of the power words have.. (There's life and death in the power of the tongue - Proverbs 18:21.) Because everything you hear and read will affect your actions! Therefore: ALWAYS be.... POSITIVE! And above all: Be DEAF when people tell YOU that you cannot fulfill your dreams! Always think: God and I can do this! Pass this message on to "tiny frogs" you care about. Give them some motivation!!! 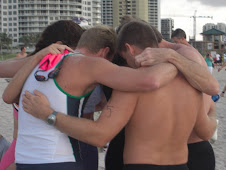